A cultural transmission challenge for museums

France has a unique collection of small models of its fortified towns, known as Relief Models, dating from the 17th century, including one of Mont Saint-Michel. A large part of this collection is kept at the Musée des Plans-Reliefs, within the Hôtel des Invalides in Paris. For 4 months, visitors to this museum have been able to don HoloLens headsets to discover the history of Mont Saint-Michel via its model. This technology was the obvious choice being the only one allowing visitors to look at the original work whilst placing it in its context with the help of holographic animations. With this new mediation approach, we not only involve visitors in the narrative, but above all we teach them to look at the original works so that they can subsequently decipher them for themselves.

First exhibited in the Musée des Plans-Reliefs in2018, the model then traveled to the Seattle Museum of History and Industry in the USA in 2019. 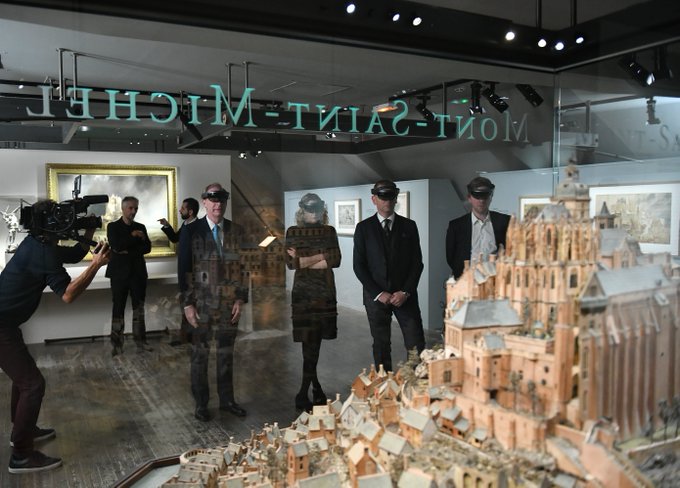 In partnership with Microsoft and the Musée des Plans-Relief (Museum of Plans and Relief Models), HoloForge offers a totally new experience of immersion in France’s cultural heritage. « Le Mont Saint-Michel, Regards Numériques sur la Maquette » (Mont Saint-Michel, Digital Eyes on the Model) is one of the first experiments with mixed reality tools used in a museum. In Paris and Seattle, thousands of people have already been able to experience this one-of-a-kind tour.

The experiment continued with a stand-alone tablet version, permanently installed at the foot of the model. Over a period of two years, there were approximately 2000 hours of real use spread over 6000 users. These statistics speak for themselves when compared with the number of visitors to the plan-reliefs department, which is only one part of the Musée des Invalides.

Our solution was a winner at the Laval Virtual Awards 2019 in the category “VR for a cause”. 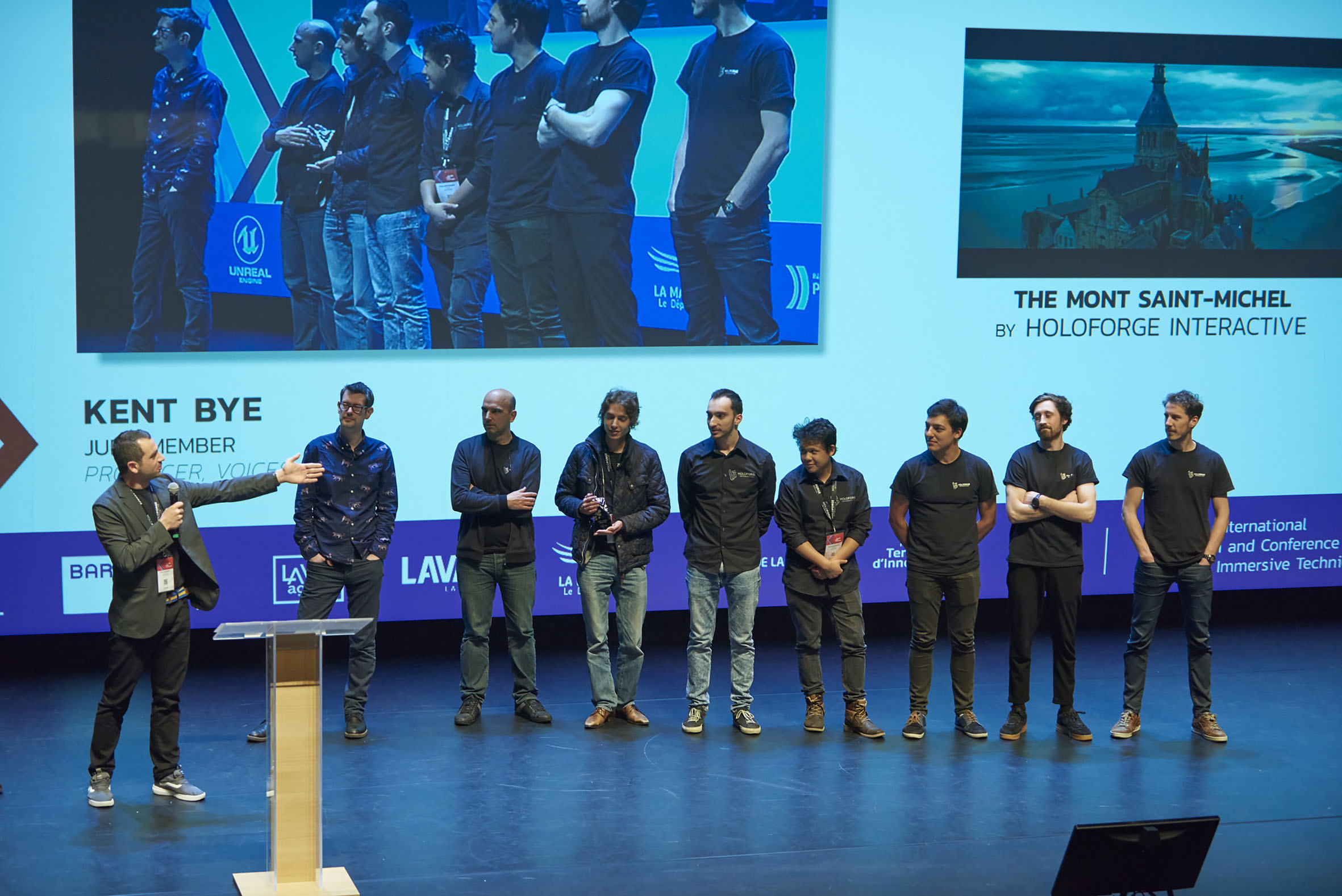